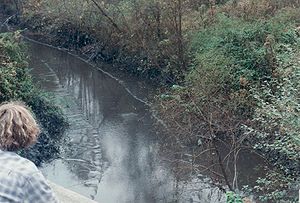 First, the corporate statement, followed by the reality.
We are committed to doing our best – and then learning and working to do even better.
On behalf of all Massey Energy members, we are proud to present our first Corporate Social Responsibility Report, providing an overview of our long-standing tradition of stewardship of our most important resources: Our people and our planet.
For more than 50 years, Massey has focused on what we do best – safely and efficiently mining coal in the heart of Central Appalachia and supplying it to our customers.
At Massey, we are committed to protecting our people, protecting our planet and serving our community – doing our best and then learning and working to do even better. Our greatest asset, our nearly 5,600 Massey members, are focused on these corporate commitments.
Doing what is right: Everything we do as a company – the equipment we buy, the training we provide, the technologies we deploy and the careful steps we take to protect the environment – is all based upon a long-term perspective of focusing on the fundamentals of our mining operation and sound, ethical business practices. This is not always easy; it takes time, dedication and financial investment, but we believe it is the right approach for our company and the future.
Safety is the top priority for every Massey member. No coal company can succeed over the long term without a total commitment to safety and a significant investment in the necessary training, equipment and personnel. We strive to remain an industry leader in safety by developing new technologies and employing effective training programs to reduce accidents and improve safety for all of the hard-working men and women of Massey Energy.
All mining operations adhere to stringent safety standards intended to prevent accidents. We work hard to instill a zero-tolerance policy and commitment from all members, whether they work at corporate headquarters or in the mines, to make safety the number one priority – every day.
The Reality:
On January 19, 2006 a belt line fire killed miners Don I. Bragg, 33, and Ellery Elvis Hatfield, 47, at Massey's Aracoma Alma Number 1 Mine in Logan County, West Virginia. Efforts to fight the fire were hampered by inadequate fire extinguishers, fire house couplings which did not match the water line, and a lack of water in the lines. On December 22, 2008 Massey Energy agreed to pay $4.2 million in civil and criminal penalties for the accident. It is the largest financial settlement in the coal industry's history.

On Jan. 15, 2009 the Charleston (WV) Gazette reported that Aracoma widows Delorice Bragg and Freda Hatfield urged U.S. District Judge John T. Copenhaver to reject Massey's plea bargain and fine for the accident. Widow Bragg stated that it was clear "that Massey executives much farther up the line expected the Alma Mine to emphasize production over the safety of the coal miners inside."

On February 1, 2006, bulldozer operator Paul K. Moss, 58, of Sissonville, West Virginia died when his machine ruptured a natural gas line at Elk Run Coal Co.'s Black Castle surface mine. The bulldozer was immediately engulfed in flames according to the Mine Safety and Health Administration (MSHA). Operator Moss exited the cab but his body was found behind the blade.

On Oct 8, 2008 Steven Cain, 32, of Comfort, West Virginia was killed at Massey Energy's Independence Coal Justice No. 1 Mine when he was crushed by a rail car. The MSHA report concludes Cain was killed because Massey managers assigned him a dangerous job, although he had “little mining experience and minimal training.”
In January 2008, the U.S. Department of Justice ordered Massey to pay fines totaling $30 million as part of an agreement resulting from a May 2007 complaint filed by the U.S. Environmental Protection Agency‎.
In early 2008, the company agreed to a $20 million settlement with the U.S. Environmental Protection Agency‎ (EPA) to resolve thousands of violations of the Clean Water Act for routinely polluting waterways in Kentucky and West Virginia with coal slurry and waste water. Although this was the largest Clean Water Act settlement, the violations were estimated to have fines on the order of $2.4 billion.
Over 700 miles of rivers and streams in the coalfields have been buried by the waste rock left over from mountaintop removal, a method of strip mining coal which requires the blowing up of mountain tops, removing from 500 to of mountaintop in the process.
In October 2000, a Massey Energy subsidiary in Martin County, Kentucky accidentally released 306 million gallons of coal slurry waste from an impoundment into two mountain streams, Coldwater Creek and Wolf Creek. The Martin County Sludge Spill was an accident that occurred after midnight on October 11, 2000 when the bottom of a coal sludge impoundment owned by Massey Energy in Martin County, Kentucky, USA, broke into an abandoned underground mine below.
It was called the worst ever environmental disaster in the southeastern United States by the EPA. The spill smothered all aquatic life in the streams and left residents with contaminated drinking water. Cleanup costs for the spill were approximately $50 million.
Posted by RDL at 10:45 AM