T is For Texas, T for Textbooks, T for Trilobites, and T for Trouble

Apparently it isn't quite enough for the Texas Chainsaw Board of Education to introduce creationism and intelligent design into classrooms to brainwash their children back into the 18th century. Now they want to do far worse in the area of Social Studies and History.
The kooky right wing of the Texas Board of Ed wants to teach the Inaugural Address of Jefferson Davis side by side with the writings of Abraham Lincoln. Unsurprisingly, this document, one of the slave holders' gospel books, names the Union as the aggressor in the Civil War - not a problem except for that little battle called Fort Sumter. Apparently, re-writing history is a long tradition in the South and Texans aim to uphold that tradition.
With great foresight, Ol' Jeff Davis had this to say in his address:
"...the separation of the Confederate States has been marked by no aggression upon others and followed by no domestic convulsion. Our industrial pursuits have received no check. The cultivation of our fields has progressed as heretofore, and even should we be involved in war there would be no considerable diminution in the production of the staples which have constituted our exports and in which the commercial world has an interest scarcely less than our own."
As if elevating Davis to equal status with our greatest President weren't bad enough, the Textbookers want to raise Ronald Reagan to the level of the Founding Fathers, citing his efforts to shrink government and lighten the tax load on Americans. There is only one small hitch, as the chart shows below from, of all places, The Cato Institute. In fact, Reagan and George H. Bush almost doubled government spending during their administrations.

(Note: Reagan is the man some right wing re-writers of history want to replace U.S. Grant with on the $50 bill.)
Another rich one in the new proposals? References to Ralph Nader AND Ross Perot are to be replaced by a descriptive homage to Confederate General Stonewall Jackson as a model for effective leadership. Ask an African American about that one. Or anyone of any race with an understanding of the moral turpitude that permitted and encouraged slavery in the old South.
But, while fighting to maintain slavery with saber in hand, apparently Stonewall felt pangs to take care of those he wanted kept in bondage.
"In my tent last night, after a fatiguing day's service, I remembered that I failed to send a contribution for our colored Sunday school. Enclosed you will find a check for that object, which please acknowledge at your earliest convenience and oblige yours faithfully." (Lt. General Thomas Jackson, in a letter to his Pastor)
Perhaps a field trip to Stone Mountain, Georgia is in order for all Texas school children so they can see the images of Jeff Davis, Stonewall Jackson and Robert E. Lee carved in monumental breadth in granite. 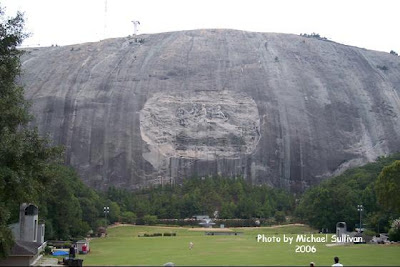 The right wing also has a bee in its bonnet about the "values" taught in Social Studies textbooks.  “To deny the Judeo-Christian values of our founding fathers is just a lie to our kids,” said Ken Mercer, a San Antonio Republican sitting on the Board of Education.
What he really means is they want to promote a specific form of Christianity - not the open-minded, loving, forgiving brand, but that which regards women as inferior, gun ownership a religious duty, and one in which the sciences of anthropology and geology are handmaidens of far out doctrines. And what about atheism, Buddhism, Hinduism, Wicca, Islam, Native American beliefs, and so forth?

Another guideline requires publishers to include a section on “the conservative resurgence of the 1980s and 1990s, including Phyllis Schlafly, the Contract with America, the Heritage Foundation, the Moral Majority and the NRA.”  Allusions to American "imperialism" would be replaced with the word "expansionism." Well, a rose by an other name.

Meanwhile, according to statistics I pulled from Ken Mercer's re-election site: 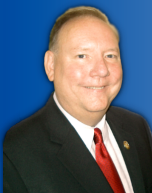 Here's a kicker. Mercer has a college degree in biology and believes in creationism. Yep... 7 days about 10,000 years ago. Job well done.

Never mind the 20,0000 year old cave paintings at Lascaux, the 40,000 year old bones in LaBrea, or the dinosaur bones dating back tens of millions of years that are on display in thousands of natural history museums around the world.

Trilobites? I did not forget. They first appear in the fossil record about 540 million years ago. Just a few years before the Book of Genesis.