Don't Go Near The Water - Pollution and Natural Rights


Think quickly: to whom do public waterways, lakes, wetlands, and ponds truly belong?
Nominally they belong to the famously elusive “We the people.” Federal, state, county and municipal governments own millions of square miles of waterways; that is to say, we own them collectively. Private individuals "own" hundreds of thousands more waterways. Corporations "own" yet others. But, only the people can truly own such a resource.
Some waters are useful for drinking, some for recreation, others for aesthetic reasons. But all fit into an overall ecosystem that provides each of us with a safe, “big picture” environment.
Healthful drinking, bathing, cooking, and swimming; safe fishing and hunting; visual delight, and overall good health are collective, natural rights of all human beings.
Currently, arguments that wended their way through the Supreme Court over 5 or more years ago quibble about the phrase “navigable waters,” and have left gaping holes in the EPA’s jurisdiction over polluters of various states.
For nigh unto 40 years, “navigable waters” was correctly interpreted by regulators and courts so as to include many large wetlands and streams that connected to major rivers, and thence to the oceans. Essentially all waters were covered throughout the country. Polluters, essentially misguided, greedy misers, challenged that idea.
The two Supreme Court decisions suggested that waterways entirely within one state, creeks that sometimes go dry, and lakes “unconnected” to larger water systems may not be “navigable waters” and are therefore not covered by the act — even though pollution from such waterways can make its way into sources of drinking water well beyond artificial state borders. Everything is connected and the Earth is small.
If pollutants make their way into drinking water, you can bet your last dollar they are making their way into fish, animals, and crops, and thence into your and your children’s fatty tissue, creating the perfect medium for cancers and other illnesses.
By what right do polluters act in such irresponsible ways? Simple. They hold to property rights as described by antique thinkers from Locke and Madison to Hegel, and finally to today’s radical libertarians. The writings of these mindless property advocates has to be discarded now and forever, and the stronger notion of the common wealth has to replace their destructive philosophies.
Polluters may be industries that dump everything from radioactive materials to heavy metals like zinc, copper, chromium, cadmium, etc., into our collective waters. The polluters may be cities and towns that do not properly treat sewage and storm runoff from roads. Untreated insecticides, paint, solvents, spilled motor oil and gasoline, bacteria and pathogens wash into our ground water, into streams and rivers and eventually into drinking water supplies.
Farms, even “organic” farms, contribute mightily to the problem. Food factories – pig and chicken farming, in particular – discharge antibiotics and hormones. Manure fouls groundwater supplies and now washes 60 percent more nitrogen into waterways than it did in the '70s, creating 230 dead zones like those in the Chesapeake Bay and the Gulf of Mexico. 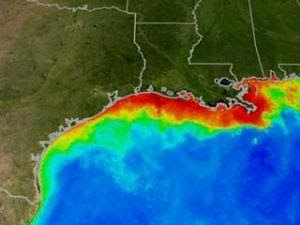 But, because of the absurd theories offered by polluters, namely that ground water or waters contained within one state are not covered by the clean water efforts of the federal government, the EPA finds itself not able to mount costly counter arguments to establish prosecutorial jurisdiction against polluters in the individual states.

The Supreme Court right wingers, stuck in backwards notions of 18th and 19th century property rights, acting fittingly like chickens with their heads cut off, ignore the intent of the clean water legislation of the last four decades and commit instead to polluters.

Just who has the right to water?

“We are, in essence, shutting down our Clean Water programs in some states,” said Douglas F. Mundrick, an E.P.A. lawyer in Atlanta. “This is a huge step backward. When companies figure out the cops can’t operate, they start remembering how much cheaper it is to just dump stuff in a nearby creek.”
Posted by RDL at 1:26 PM