Looking To The 1920s For Insights

We are left with entertaining icons of the 1920's that camouflage the realities that underlay the fascinating decade. Most of all those years appear frantic to us, we who live in a most frantic age.

The flapper, the mobster, the swell, the Babe, Dempsey, Lindbergh, jazz, Fitzgerald and Hemingway, the birth of big time Hollywood, the sense of victory in the air, of an America no longer a frisky colt but a thoroughbred upon the world race track.

Underneath that benign anthropology, though, was a dark side of America that has never been fully repressed. The same dark side has surfaced recently under the tutelage of the extreme right wing and its marionettes in the Tea Party.

Notably, these expressions of America's dark side erupt during or immediately after times of severe stress, whether called forth by war or economic dislocation.

While many people, particularly those in big cities and industrial centers, enjoyed the boom, a huge minority were disaffected, angry and anti-everything. Real incomes fell among 70% of all Americans in the so-called Roaring Twenties.

Rural people hated Big Labor. Big Labor despised Big Capital. Big Capital hated regulation. Women were repulsed by drinking men. Protestants hated Catholics and Jews. Old line whites hated southern and eatern European immigrants. The city and country were at loggerheads as farm prices stayed depressed for years. Prices of everything were too high, or prices were too low, depending on whether you were a buyer or a seller.

In the 20's, the Ku-Klux Klan saw its revival blossom not just in the newly assertive South, but in places it is now unimaginable: Oregon, California, parts of the Mid-West, even having mobs in suburban New York and New Jersey. 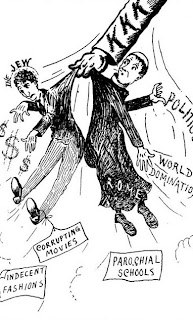 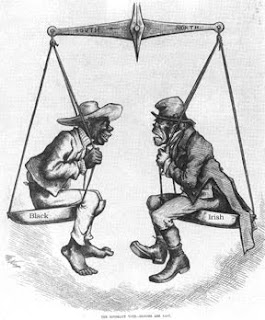 New York State, which at the time had 6 Socialists in its legislature, tossed them out for being un-American. In fact, most northern and Mid-Western states had socialist members of their legislatures, all of whom were defeated or otherwise deprived of their seats in the 20's. 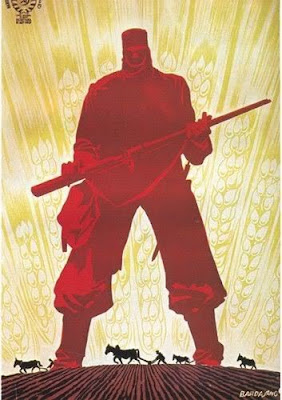 This was part of the anti-Bolshevik movement that was funded by business interests in order to undermine labor organizing and is commonly called the first "Red Scare." Directly under the outer skin of this conflict lay "buyer's remorse" over the nation's having fought in WWI. Nothing seemed to come of the war and soon enough the Europeans would be at each others' throats once more. So, anti-communism was really about anti-Europeanism to a large extent.

Piled into this swamp was an anti-immigration fervor that makes the goings-on in Arizona look like a cricket match. Responding to the fears of white America, Congress passed two bills in 1924. (Click link for wiki overview of these acts.) The first was the Immigration Act (or Johnson-Reed Bill) part of which was the National Origins Act, and the second, (can you imagine anything more bluntly named?), the Asian Exclusion Act. (Today's border fence, below.) 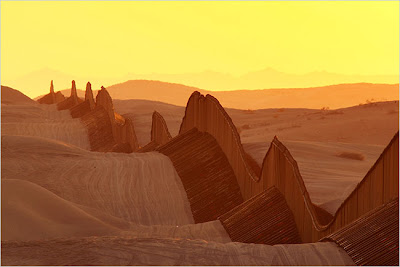 Finally, the 1920's was a time of enormous technological change, developments rivaling our own era. The automobile became available to the common person; telephone communication was perfected; talkies came into being; the rise of radio began; the phonograph replaced the player piano in homes; and big cities as well as small towns were well-lighted by electric bulbs. While airline companies fledged before WWI, it was in the 1920's that they became fixtures due to a surplus of army aviators and the planes they had flown during the war. Advanced surgery techniques also grew out of the war experience.

These advances unsettled people, especially the older generation and led to a vague anti-technology movement that expressed itself more through skepticism (the Scopes Trial in 1925) tha through direct actions such as sabotage. 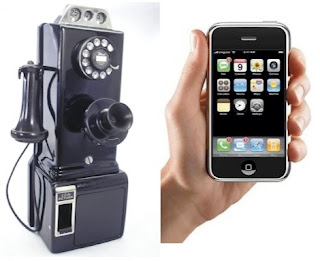 History rarely provides us with direct, one-to-one comparisons. It does often provide us with parallels and examples.

The feeling of a battle between left and right today is a real feeling.

The sense of dislocation from what many people feel is fruitless war conflicts with our natural patriotism.

The decline of real income in the last decade among the lower middle, middle and even upper middle class is a fact. Until 2009, the United States had been in stasis regarding job creation since the year 2000.

The ridiculous bandying about of the term "Socialist" in critiques of the President recalls other Red Scares. (Although it hasn't and won't work this time.)

The anti-immigrant Dengue Fever gripping parts of the country now also has its clear antecedents as described above.

We know that we are in the midst of enormous technological change when we see technocrats like Steve Jobs discussing the up and downsides of the iPhone4 on the front page of the paper or as the third lead story of the evening news.

That big business sees all the disruption and dislocation as a good opportunity for them is also quite clear. Exxon Mobile and the Koch family (owners of the world's largest privately held energy company) fund right wing non-profits who in turn fund the Tea Parties. (See: The Price of Tea, NY Liberal State of Mind, Feb. 12, 2010 by clicking here.)

Business always funds anti-union, anti-environment and anti-people initiatives. Why should it be any different in 2010 than it was in the 1920's?

Income inequality is at its worst since the 1920's. And the rich still don't want to pay their fair share of taxes. That should tell you everything you need to know.
.
Posted by RDL at 1:15 PM