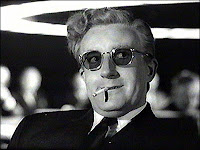 Today David Brooks in the New York Times has written a spurious, inaccurate column (link to it here) about America's power elite in which he feebly tries to explain the angry disaffection abroad in the land.


Among the dim-witted statements he has made (and quick commentary following them) are:
Finally, the top 1% of Americans controls almost 43% of the wealth in the country. About 17% of our population controls 93% of the wealth. That means that 255 million Americans are splitting the remaining 7% of the wealth. This is a prescription for________________ (fill in your favorite doomsday scenario.)
Look no further for the lack of trust in the power elite, or the ever quickening rage boiling in so many of our fellow citizens. As always, follow the money.
Posted by RDL at 10:56 AM