The Gulf, Obama's Presidency, JFK, The Pilgrims, And "Answerable Courage." 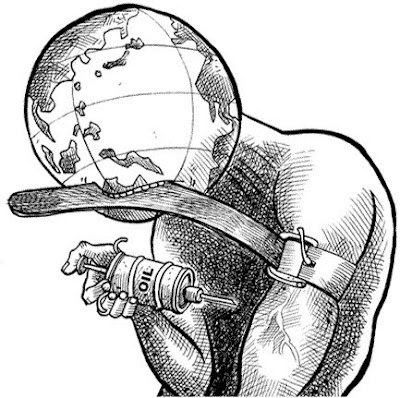 A few weeks ago, the right wing chatter was that the rig explosion, pipe rupture and spill in the Gulf were going to be "Obama's Katrina." It seemed far-fetched, more politically-inspired Democrat-baiting than serious criticism.

I'd like to take up the same cudgel, that this very well could be "Obama's Katrina," but as viewed from the left wing, not the right.

This is the golden moment to launch the complete transformation of our society from one almost completely reliant upon expensive, dirty, dangerous carbon-based fuels to a society that will lead the world toward a high-technology-based energy Utopia.

When the expression "American Exceptionalism" is used, it is that kind of innovation leadership that people around the world grasp. The words of John F. Kennedy's challenged the country, "We choose to go to the moon in this decade and do the other things, not because they are easy, but because they are hard..."

Earlier in the speech, given almost 50 years ago in 1962 in Houston, Texas, Kennedy quoted a Pilgrim father: William Bradford, speaking in 1630 of the founding of the Plymouth Bay Colony, said that all great and honorable actions are accompanied with great difficulties, and both must be enterprised and overcome with answerable courage.

We yearn for President Obama and other leaders of the Democratic Party - for surely the right wing is completely incapable - to stir us not only with great words, but also to act with "answerable courage."

Each and every reasonably sentient American has seen the gushing wound on the sea-floor, heard the sailors' and fishermen's cries for help, watched the sludge violate the marshes, thought of the beautiful summer days on the water that will be ruined. Who hasn't thought of their children and grandchildren and what the planet we leave behind will be?

Toss aside the paralyzing global-warming arguments. Forget that we suffer untold hundreds of thousands of premature deaths because of our burning of fossil fuels. Even reject the notion of dirty water caused by road run-off.

Now is the real, concrete moment. This is a true crossroad in history for our country, maybe for the Western World as a whole.

That Obama has not stood upon this fulcrum in time worries many of us on the left who have secretly suspected him of being a lightweight. It is worse than disappointing.

It could quite well mean his administration is doomed, that his ringing rhetoric was just that, and that we can count on more business as usual with the energy oligarchs.

What the President says - or fails to say - on Friday in New Orleans will be the bell-weather for the fall 2010 elections and define, and perhaps shorten, the Obama era.