On The Matter Of The Islamic Center in Manhattan 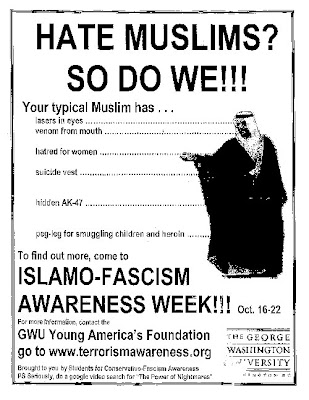 James Madison, known as the Father of the Constitution, made clear the difference between Liberty and toleration in religion. Toleration is a grant made by a majority to a minority, giving the minority some sort of permission to build, meet, worship, believe. Liberty, said Madison, is a self-evident, natural right. It cannot be denied by the majority because the right to so deny does not repose in the majority.

Writing from Montpelier, Vermont, in 1823 in a letter to Edward Everett he said: "...if new sects arise with absurd opinions or over-heated imaginations, the proper remedies lie in time, forbearance, and example..."

Note the words "forbearance" and "example." Forbearance encompasses patience and understanding. Example is an answer to those who argue that many - but not all - majority Islamic countries restrict the freedom of others. That argument says we should stoop to their intolerance, become not even better in our Western beliefs, but wallow in the mud of backwardness. Surely that is no argument at all.

Perhaps we should amend the First Amendment to read "Congress shall make no law respecting an establishment of religion, or prohibiting the free exercise thereof, except for Islam and other religions we might find somehow offensive at any time for any reason."

Among other things, the hysterical response to the Islamic center is a proxy for protest against the failed policies of two administrations in Iraq and Afghanistan.

There are a number of constituencies against the Islamic center. One has a barely valid claim - the families of victims of the attacks. Another constituency is the vehement new Nativist Movement that seems to despise anyone and anything that is not completely embraced by the myths of white Christian America. The third, and possibly the most despicable, is the cynical right wing of the radical Republican Party.

First, the families. While I appreciate their continuing anguish, a society cannot always take into account the ongoing feelings of all families of murder victims at all times. It is an impossible task. A better way to remember the dead beloved would be to recommit ourselves to the bedrock of American rights: freedom of choice in most important matters. Hard? Yes, of course. Our Founders had that courage, but apparently, we have so little faith in our way of life that some are looking to reform the 1st Amendment. But one certainly cannot believe that all 1.2 billion Muslims are evil, or even vaguely support terrorism. In reality, most Muslims are dead set against it, having witnessed first hand terrorist acts in their own countries. Would we as Americans want to be judged on the behavior of a William Calley who, along with his men, murdered 500 Vietnamese civilians? I think not. Would we want to be known as supporters of Timothy McVey? Of course not. How do we feel as a people about the ruination of Native American Indian peoples, or how about slavery? Are we collectively responsible? We know the answer because it is written in our traditions dating to ancient Greece, Rome and Medieval Europe and refined and set in stone by the thinkers of the Enlightenment. We are individually responsible for our own actions. Holding all of Islam responsible for 9/11 is absurd even if tens of thousands of their coreligionists are sadistic, nihilistic fiends. Each of the murderers and whoever provided support or comfort and those who continue to hide the masterminds are responsible. That might number thousands of people, but it surely is not ALL of Islam. And the huge majority of Islam deserve a place at the table in the same way most of our ancestors were given their place.

The next group against the Mosque - the people who are stirring every ethno-religious pot in sight since President Obama was elected - rest their arguments on hate and their strategy upon neutralization and possibly annihilation of their "enemies." In other circumstances and places today, illegal immigrants are their target, or poor black people. In the past, Know-Nothings and Klansmen targeted blacks, Jews, Catholics, Irish, Italians, Greeks, Mormons, and the Amish. (The largest mass-lynching in this country was in New Orleans in 1891 and its victims were Sicilian/Italian-American laborers and fruit merchants.) Eradicating this kind of hate thought and speech remains a challenge. The arguments of hate-mongers deserve no hearing in a democratic society and we would all do well to watch over their incitements to violence. They demean and debase our liberties in the most insidious ways.

Finally, and I say the worst, are the right wing politicians who hope to make electoral hay on this matter. The John Boehners and Sara Palins of this scurrilous gang of political hooligans use the arguments of both the survivors and the hate-mongers in order to further cripple what is currently a fragile national unity. Their motives are clear, their ends are contemptible. "Raise my party up swearing patriotism upon the graves of the honored dead," so the x-ray of their minds would show.
Posted by RDL at 2:41 PM