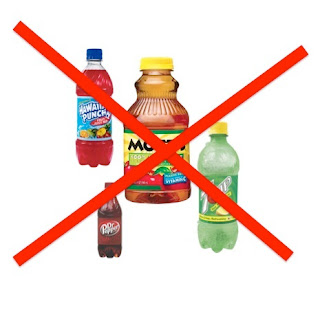 The man who has his millions will want everything he can lay his hands on and then
raise his voice against the poor devil who wants ten cents more a day.
- Samuel Gompers
Dr. Pepper-Snapple owns Mott's Apple Juice among its 50 brands. (7-Up, Hawaiian Punch, Sunkist, Stewart's Root Beer, etc. Go to their site and click "Our Brands" to see the others)

Stop buying and drinking their products.

The company, which saw record profits of $550 million in 2009, is hammering union workers in its Rochester, NY, area apple juice plant, asking for give backs and pay cuts, and hiring scab workers in the depressed, job-hungry upstate region. The union is the Retail, Wholesale, and Department Store Union International (RWDSU, for short).

What is at issue here is whether people with 15 years experience who are making around $19 an hour in skilled jobs should give back $3 an hour to a corporate giant making more than a half billion dollar a year profit.

What is also at issue are livable wages for a dedicated, profit-producing group of UFCW workers with families, children, hopes and dreams. The mega-corporation wants to take back gains the workers have struggled for over decades, and throw them into the crocodile pit of cheap labor. Shamefully, the company has already begun replacing some of the workers who have been striking since May.

The $40,000 per year wage is a decent living for a Rochester area worker (the plant is located in Williamson, NY). But no one is getting rich on it and, if you calculate a working life of 25 years, you'll see that one can buy a modest house, 3 or 4 cars, take some non-luxury vacations but never save enough to send the kids to college. And probably a worker can go bankrupt in a flash if some unforeseen catastrophe should hit. So this is the kind of life that the barons who own Dr. Pepper-Snapple want for their workers - 16% less in pay and benefits, and no retirement fund.

The underlying issues concern corporate greed. Keep in mind that when that $550 million dollar profit is divvied up, it goes to shareholders of Dr. Pepper-Snapple, who we can rest assured are not generally of the blue collar class. The corporation's logic tells us that people in the ownership class need the money more than the workers at the Mott's plant.

And how much will it mean to the greedy shareholders?

By our calculations, this oppressive restructuring of wages would save about $1.5 million per year on the backs of the 300 workers who could be affected at the plant. This would redistribute about 6 cents per share to the owners, while it cuts back on worker earnings by about 16%.

Meanwhile the Dr. Pepper-Snapple stock has gone up in value over 42% in the last 52 weeks.

This is the America we want to leave our children and grandchildren? Decline in earning power so someone can have a cheap, over-sweetened drink from Dr. Pepper?

According to the New York Times:

Tim Budd, a 24-year employee who belongs to the union’s bargaining team, said he was shocked by one thing the plant manager said during negotiations.

“He said we’re a commodity like soybeans and oil, and the price of commodities go up and down,” Mr. Budd recalled. “He said there are thousands of people in this area out of jobs, and they could hire any one of them for $14 an hour. It made me sick to have someone sit across the table and say I’m not worth the money I make.”

Have a glass of water from your tap the next time you feel like reaching for one of Dr. Pepper's products.
.
Posted by RDL at 12:34 PM